How To Activate Your Magic Wand! (video)

(There is a video at the end of this with a free manifestation meditation).

In the last e-mail I we covered the two most important keys to become a manifester in your life:

In this e-mail we go deeper…. And in a minute I will give you the next 2 keys:

But before you can do that you need to let go of the idea that formal education (that may not be education at all) taught you that life is just a linear progression of more and more work, bigger and bigger bills and responsibilities…then you get retired and die.

But if you look at any great mind, their manifestation and contribution had no retirement age and for them it was not hard work but joy.

You need to know in the cells of your body that manifestation is not using effort to make something new, it is a shift in consciousness to reveal what has always been there waiting for you to wake up to it.

Like Michelangelo in speaking about his masterpiece, the statue of David, said, “Every block of stone has a statue inside it and it is the task of the sculptor to release it” and, “I saw the angel in the marble and carved until I set it free.” 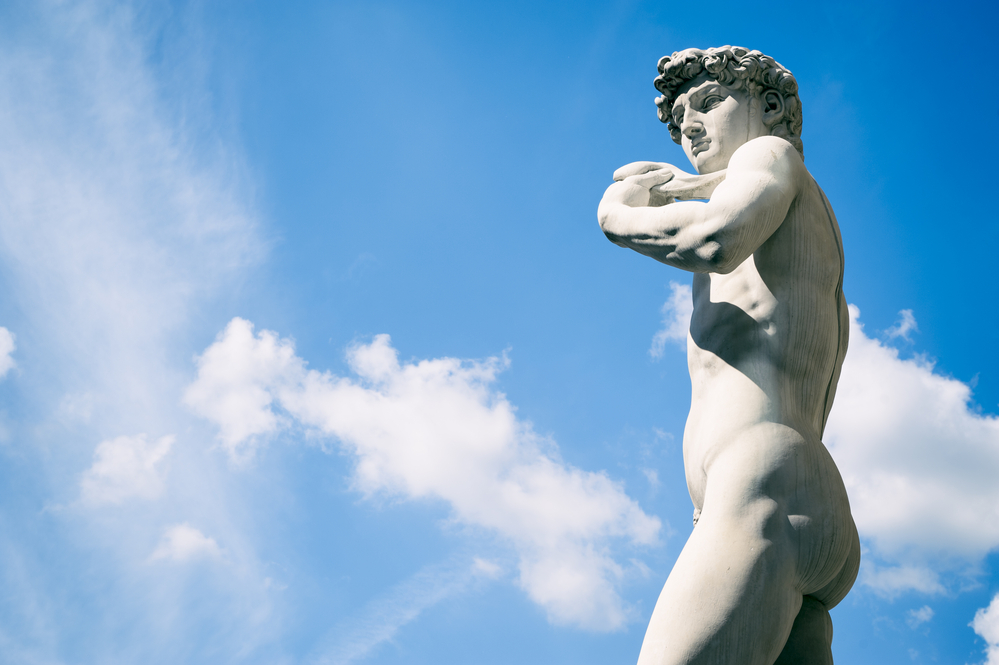 Now this simple universal truth has been drastically misunderstood by both linear thinkers and the spiritual community and the law of attraction people that assume that since the quantum field holds all potential, that you can wish for anything and it will just appear.

The truth is that, yes, every possible version of reality is in there waiting to be revealed, but… you can only bring forward what you were created to manifest. There is always a co-creation where your magic wand is the key to the creation.

If you could have watched Michelangelo creating the statue of David from the outside, it looked like he was working his ass off chipping away and grinding down marble, which is one of the hardest materials to sculpt.

But from the inside he was not working at all.  Like a galaxy is not trying to spin, Michelangelo was not trying to create a masterpiece.  He simply broke free from being a man working on a block of marble and instead saw it as his lover or dance partner that was creating him as much as he was creating it.

For those of you who have ever healed a chronic pain or illness through energy work and become more aware of something you were doing that you shouldn’t, or were not doing something you should…

In manifesting there is always a moment of expanded awareness or letting go of limitation and then miraculously something just reveals itself to you that you probably would have never noticed before.

And how you know it was a real manifestation is because in a very short time you can’t remember it ever not being in your life… it is more like you re-membered it not made it.

This is where you start tapping the potential of the quantum field that holds all possibilities and in some way opened the door to your purpose here on planet Earth.


On the video we will cover first how to activate your magic manifesting wand with a powerful INSIGHT tool that I call a soul emotion, and second you will use that tool to begin to begin the manifesting process of going from non-form into form.  Or create the miracle you were born to reveal hidden within the block of marble of your life.

p.s.  To activate an Insight so powerful, that it transforms you from hard worker—not making much progress and feeling unfulfilled, to a Michelangelo level of effortless manifestation…

…you will not want to miss the Insight Live in-person and virtual Event on June 12th in Dedham MA.  Check it out here and get early bird pricing.

It is said that all it takes to change your life is one clear insight.  Join me for an awakening day of healing and accessing your higher guidance and wisdom at INSIGHT.

And… keep an eye on your e-mail this week, for the final installment of  MANIFESTING MASTERY where I will share with you how to complete the manifesting process.

Rhys Thomas, the founder of the Rhys Thomas Institute, has turned the art of energy healing into a science of personal empowerment.

My name is Rhys Thomas and when I turned 40, I wanted to know “why” even though I appeared to be successful in almost every part of my life and career, I still felt empty.
I became a personal growth junkie for year with no real shift. Then I got serious and attended a 4 year training in energy medicine that introduced me to chakras and so much more. Energy healing, combined with my love of marital arts helped me realize that I was not empty I had just blocked my ability to feel and see through all of my energy centers. I had blinders and didn’t know it. I was putting more attention on living societies dream of success, not my soul’s. But even this did not fully heal me, there was something missing. That is why I create my 4 Dimensional Healing system that that has awakened and deep send of empowerment, love and fulfillment in thousands of people who have worked with me. 30 day to Self-healing Through the chakras is the first leg in this system.

Now I am thrilled to be giving to you what took me 20 years to create in this 30 day training. I wish someone had give it to me 30 year ago.

This information is life like dynamite for anywhere you are stuck in your life or feeling disconnected, it has changed the lives of thousands in my programs and the institute. Now its your turn to use this wisdom to take your life, like I did from empty to fulfilled, energized and joyous.

When you say “YES” to this awakening and evolutionary journey up through the chakras you will unlock the mysteries of the world around and within you.